Ga and On yomi etc 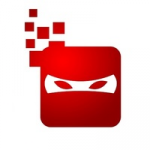 I'm first kind of confused about Ga and wO ... so I guess what I learned just went over my head so maybe you can reframe the idea of the two.. Because I went through the drills and I ended up just selecting wO as it produced an action word being done... but I didn't totally get it what the difference is for ga?

Also I've been learning a lot of yon nomi and I'm recognizing them for future use... but sense I finally got to Taking out the Kanji it's now going over them and how to use them.

It uses the on yomi for the pronounciation. Does it ever not use on yomi and when it doesn't how do you determine the usage of the other available on yomi and kun yomi?

I may be able to shed some light on the issue of が/を:

を is pretty straight forward in that it indicates the direct object of a verb, as in:

In this example, あなた is the direct object of the verb あいしています。

を doesn't have any other uses that I'm aware of, so it's not tricky in that sense which I why I say it's pretty straight forward in its usage.

が is a bit trickier.  It indicates the grammatical subject of either a sentence or a clause.

As in: あなたがすきです。Here, it's important to note that suki is not a verb, but more like an adjective.  A really close translation of this into English would be "You are liked", but since that's awkward in English, it's accepted and translated as "I like you", even if watashi is omitted.  Moving on...

が also emphasizes or makes the subject proceeding it stand out.  For example:

Q2: Who is the teacher here?

Third use: you generally use が when describing specific things with adjectives.

Like you would usually say to someone: めがきれい, as めはきれい could have other implications.

Fifth usage: to connect clauses with a meaning similar to "but" or "despite".  I've also heard it used at the end of sentences to soften the statement, and almost make a sort of "..." moment at the end of a statement that may otherwise seem harsh or too direct:

I'm hard-pressed for some good examples of this at 3:22 am, but I know that when I call people, I always say:

もしもし、チェルシーですが then I naturally take a very brief pause and ask for whoever I want to talk to...I can't explain why this is a common way of announcing one's self over the phone, but it seems to fall into the softening usage of が。

Here's a scenario for the "but"/"despite" usage:

A: How was the test?

Here, there's no need to continue the dialogue, as Japanese speakers would probably not do so naturally because the "but..." at the end implies an undesirable outcome, aka: "I studied with all my might, but...[didn't do well]."

Here's the best summary I can give of the aforementioned:

Good for neutral, matter-of-fact statements that are meant to relay a specific piece of information.
Good for physical descriptions, describing things that you can feel and touch.
Good for “pointing” to one object, pulling it out from a group, or distinguishing it from others.
Good for sometimes meaning "but" or "despite" at the end of a sentence or clause

I hope this shed some light on the matter for you.

The kanji question I won't endeavor to answer because I'm tired and I don't think I'd have a good answer anyway, haha.

nice answer Chelsea...勉強に なりました。 For how to differentiate the pronunciation of kanji generally: 1) if in one word there is more than one kanji, the reading is in onyomi while if it has only one kanji it's in kunyomi (and usually the kanji is the 1st letter of the word). Example : onyomi 先生 ＝ せんせい ＝ teacher 勉強 ＝ べんきょう ＝ study Kunyomi 先  ＝ さき ＝ before this, ahead 生きる ＝ いきる ＝ to live 強い ＝ つよい ＝ strong 勉める ＝ つとめる ＝ to try, to strive： and of course you need to read a lot >.< so that you have a complete idea when to use which. hope this help...if there is any correction or anything to add please do so. 頑張れ！！

i dont know why it is in paragraph form. =.= but i hope u understand.