Popular Words With This Kanji


This site uses the EDICT and KANJIDIC dictionary files. These files are the property of the Electronic Dictionary Research and Development Group, and are used in conformance with the Group's licence. 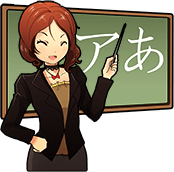 Ready to have some creative fun with learning Japanese? Start your journey now! Find lessons, drills, quizzes and a community of students ready to put you to the test!

This list contains all words and kanji related to the JLPT N5 test. Official word and kanji lists are not available for these tests;...

This list contains all Kanji in the revised 2010 Jōyō Kanji list.  This is a guide to the Kanji characters by the Japanese Ministry of...

This is the collection of Kanji that is provided in the 6th Edition of Remember The Kanji. This is meant to make it easy to add this list...

These are the kanji I'm working on, all in one helpful place so I can remember them, drill them, and practice writing them down on paper...

This is the vocabulary and kanji from the lessons :)

Kanji from the Genki I textbook. A study list containing all of the vocab words is here: https://www.nihongomaster.com/lists/view/151/g...

Simply the Kanji and dictionairy wordsI've encountered so far and want to keep track off and have easy access to for writing practice referen...

Do you know more Kanji than a second grader?

Whatever has popped up

We WILL learn all these kanji!

I'll be adding all kanji I encounter on the second half of the beginner lessons as I go.

Vocab from Learn Japanese To Survive! Hiragana Battle  In the game, all vocab was in hiragana. In this study list, the kanji is include...

Vocab from Learn Japanese To Survive! Hiragana Battle  In the game, all vocab was in hiragana. In this study list, the kanji is include...

Kanji and Vocab from Level 8

All N5 Kanji! Taken from the app "Learn Japanese! - Kanji - Read and Write for JLPT". I recommend using this list in Nihongo Master...

Six new Kanji are introduced here. Can you feel the electricity?

These are the Kanji I learned and want to keep track of. (20 per page)

We WILL learn all these kanji!

words from my lessons and study list. (those I already know from simplified chinese are not included)

The Kanji that appears in the beginner lessons

Join And Go Premium To Create Your Own Practice Sheets